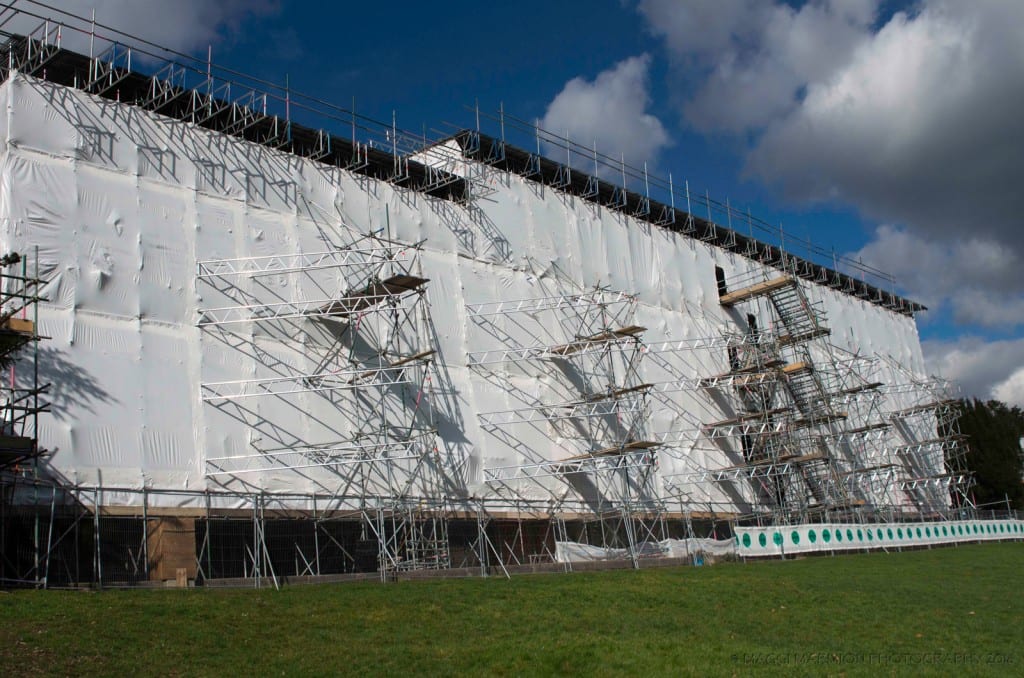 Project
The redevelopment project at Gunnersbury Park is part of a 15 year masterplan ‘Gunnersbury 2026’ by joint owners Hounslow Council and Ealing Council. Funded in part by a grant from the Heritage Lottery, the latest works are to the Victorian mansion within the park.
The Grade II building, which has been home to the Gunnersbury Park Museum since 1929, houses local historic pieces for the London boroughs of Ealing and Hounslow.

Much like previous heritage projects Tufcoat have worked on, such as Dyrham House in Gloucestershire, the park remained open to the community throughout the works. This presented a problem in terms of safe guarding the public from any dust and debris that may arise from internal works to the large mansion.

Main contractors Quinn London fully understood the containment issues facing the works to the property. After initial consultation with Tufcoat to discuss the projects time scales, Quinn specified shrink-wrap to scaffolding subcontractor Griffin for the benefits of containment as well as the aesthetic value given the projects public exposure.

Expertise
Site visits to the park were of paramount importance for planning the project due to a series of buttresses on the façade of the scaffold which the shrink-wrap needed to be cut around to create the encapsulated south face of the museum. Fourty lattice beams and multiple poles penetrating the scaffold shrink-wrap provided the fastidious task of cutting and welding around each protrusion.

The successful completion of the project has been in part to the early adoption of shrink-wrap and the prior planning from both Quinn and Griffin Scaffolding. This has made the scope of encapsulation works a considered part of the project rather than a reaction to environmental factors, demonstrating the concern to the public for whom the project ultimately benefits.